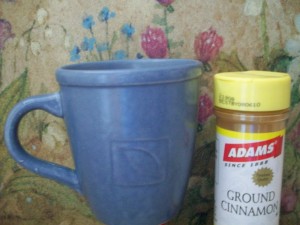 Do you ever feel nauseated from sinus drainage or maybe from taking medicine or a vitamin? Sometimes I will feel nauseated from taking a vitamin B or when I have sinus drainage. For some people, motion sickness is a real problem when they travel. And for the expectant mommy-to-be, morning sickness can be a regular daily experience. Well, just look in your spice rack and grab the ginger. I’ve read you can make tea with it using 1 tsp. of ginger with 1 cup boiling water, steep for 10 minutes, strain, and then drink. (I would need sweetener.) I have not tried the tea, but we do keep Ginger Snaps around most of the time. I can eat a couple of those and it really helps my nausea go away.