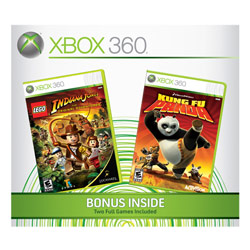 There are a lot of households that own at least some type of game system.  One system that is very poplular is the xbox 360. In fact, our son-in-law and daughter own an Xbox.   They are young professionals with a 14 month old baby and another one on the way, and they still enjoy playing a game on their Xbox from time to time.